By A Special Correspondent…..

One of the world’s biggest arms traffickers has been recaptured in Brazil, police say, five months after he escaped from prison using a fake early release document. 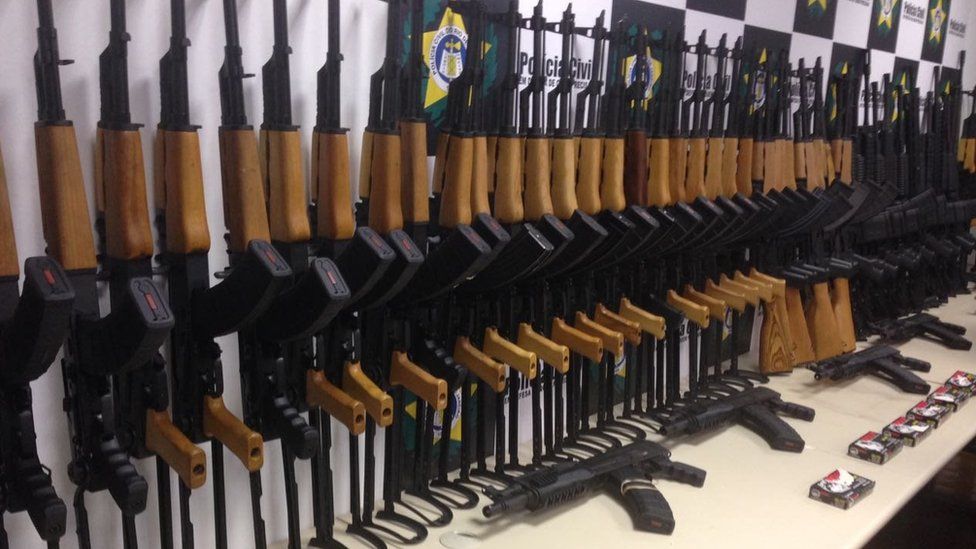 João Filipe Barbieri was convicted for being part of a gang that smuggled hundreds of rifles from the US hidden in swimming pool equipment.

Barbieri was found at his mother’s house in a slum near Rio de Janeiro.

He is the stepson of the gang leader, who is known as the Lord of Weapons.

The gang was caught in 2017 after a container with 60 military-style rifles it had despatched from Miami was intercepted at Rio’s international airport. Authorities say the arms were sold to drug traffickers that operate in many of Rio’s slums, known as favelas.

Barbieri, considered one of the gang’s key members, was then convicted of charges including arms trafficking and sentenced to 27 years in jail. But in November 2020 he managed to walk out of a high-security prison in Rio after forging a court document that appeared to order his early release.

He then spent time in three different states but ran out of money, police chief Mauro César told a news conference after his arrest. Barbieri returned to Rio to claim an estimated 500,000 reais (£65,000; $90,000) in debts owed to him by drug traffickers but he was already under police surveillance, Mr César added.

He was arrested in a police operation on Wednesday in the city of Niterói, 9km (6 miles) from Rio.

Barbieri’s stepfather, Frederick Barbieri, was arrested in the US in 2017 after the shipment with arms was intercepted in Rio. He admitted to smuggling more than 1,000 rifles to Brazil between 2014 and 2017 and is now serving a 13-year prison sentence in Miami